Works presented during the exhibition point to an irreversible influence of man that disturbs the course of processes in the natural environment on the global scale. Anthropocene is a geological era dominated by our egoistic activity. We work on the efficiency of AI and make our autonomus vehicles more reliable, yet we are not able to manage the processing of the waste we produce. We keep on increasing our carbon footprint without reflecting on its consequences in the comming years. Anthropocene became an uncomfortable, often omitted and silenced fact. In the age of a broadband data transmission and of easy access to verified research we tend to refute the thought that the end of the world as we know is coming.
The exhibition will take place in a spherical pavilion that will be mapped and rendered in an interactive VR installation which uses six degrees of freedom (6DOF).
The rest of works presented in Virtual reality consists of simulators (6DOF), 360 spherical narratives and a live 360 performance in real time streaming. All artistic actions were inspired by a debate entitled: „Anthropocene’s Thesaurus” conducted as a part of a cycle of discussions „Imagination” (Wyobraźnia) curated by Edwin Bendyk.

The artist works with models and using 3D scanner she captures their appearances free of any manipulation or retouch. The act of acquiring of the form of the body is brutal and uncompromising. Scanned people pose in their underwear or naked and the collected cloud of points is transformed by a software into a pattern of polygons that displays them, as they are. The artist clears out patterns and modifies them using a software for 3D modeling. The capturing of the extension of bodies brought about four VR cinematic narratives. In spherical, stereoscopic movies some spaces will be constructed, which the figures will occupy. Bodies have been modified, set in motion, they wave and interpenetrate one another, yet they do so subtly and don’t lose their sculpture-like character. The artist investigates the fairly new language of cinematic VR by using a different recording modes in each part of the tetraptic ascribing each a sign. Defining the rules of building a Cinematic VR project in a form of a narrative supported by pictograms is the research side of the action. What is worth noticing here is taking up of a classical theme with a use of modern aesthetics. The artist works with different scales, layers and camera trajectories arranging shots around the viewer in a 360 degrees space. 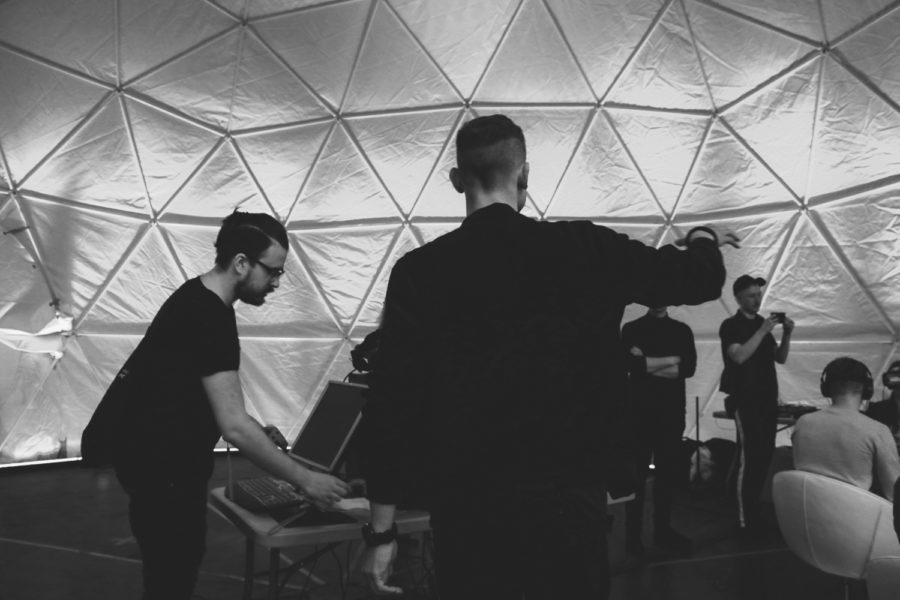 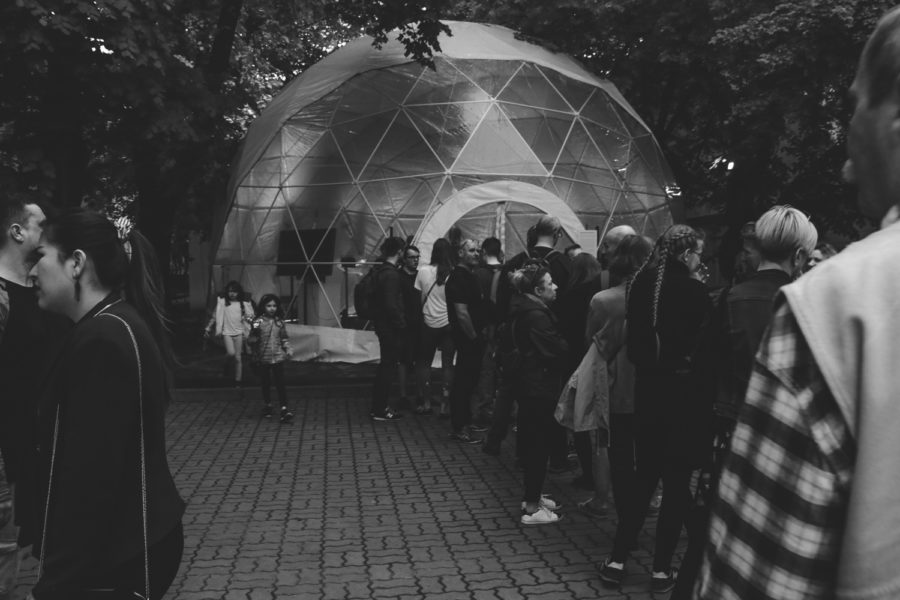 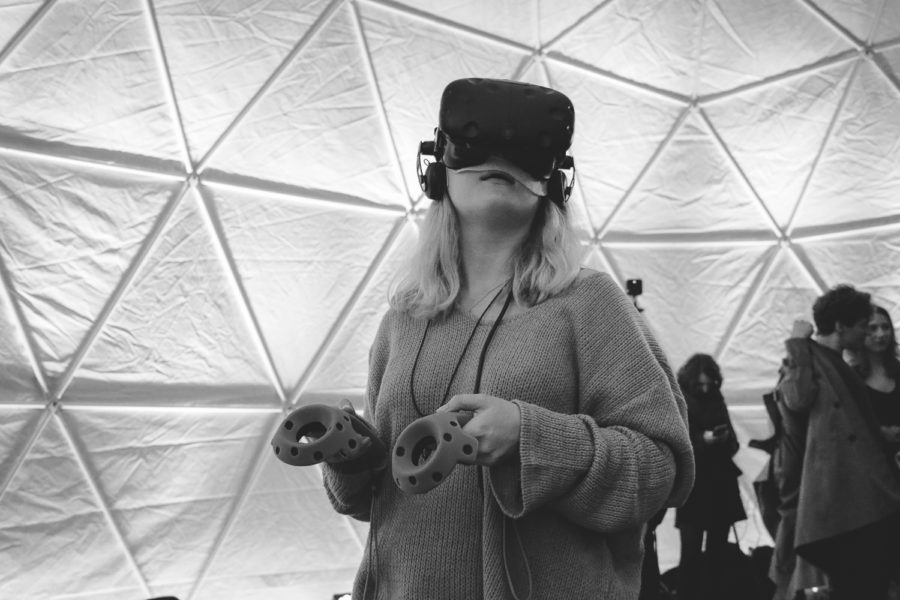 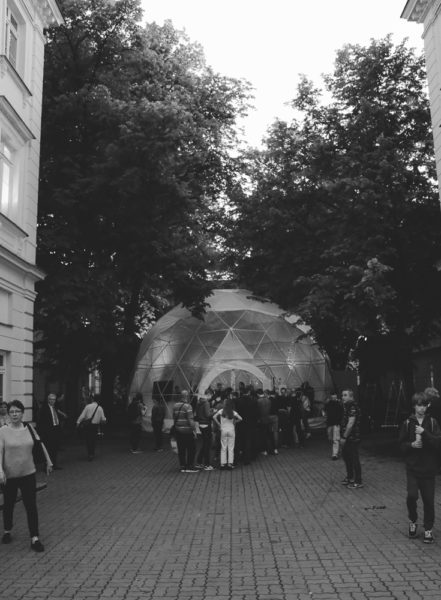 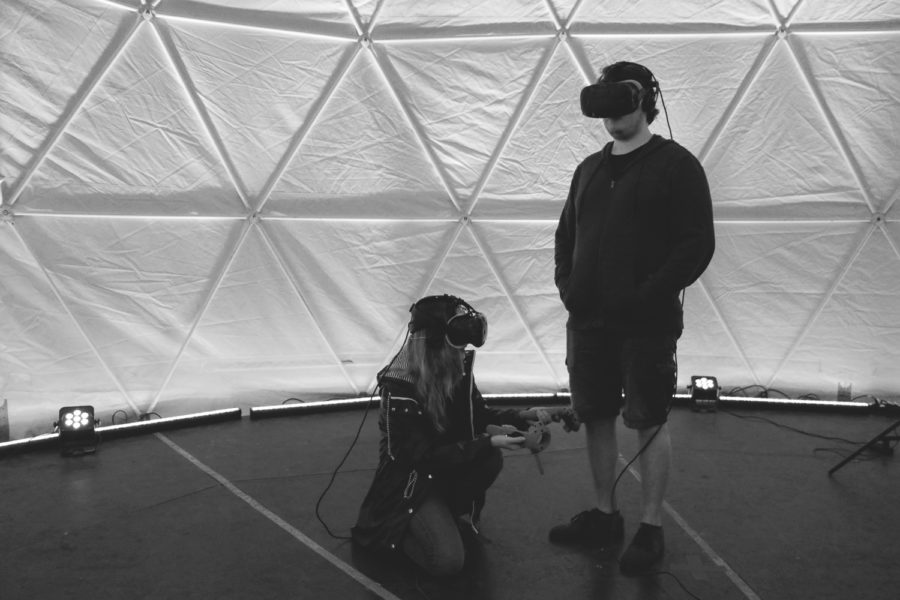 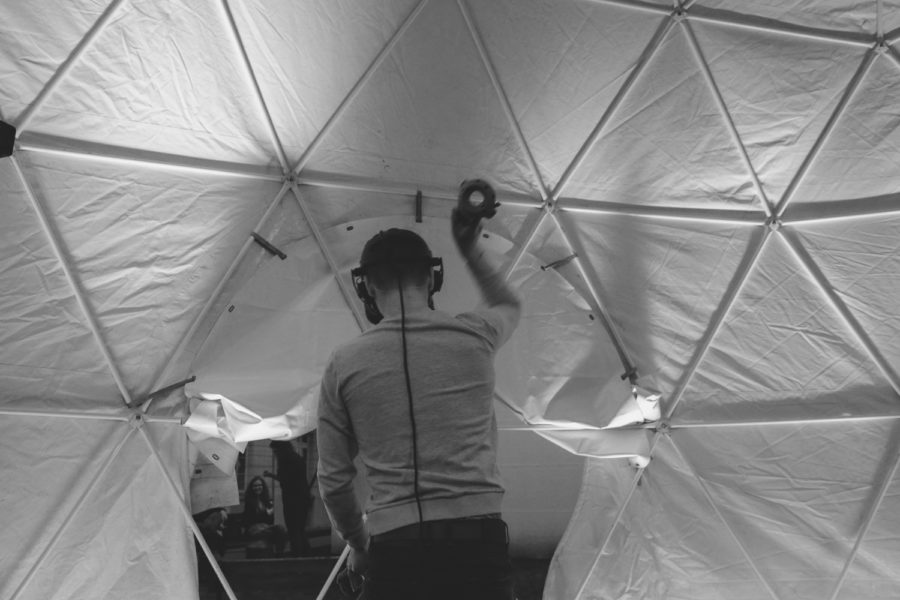 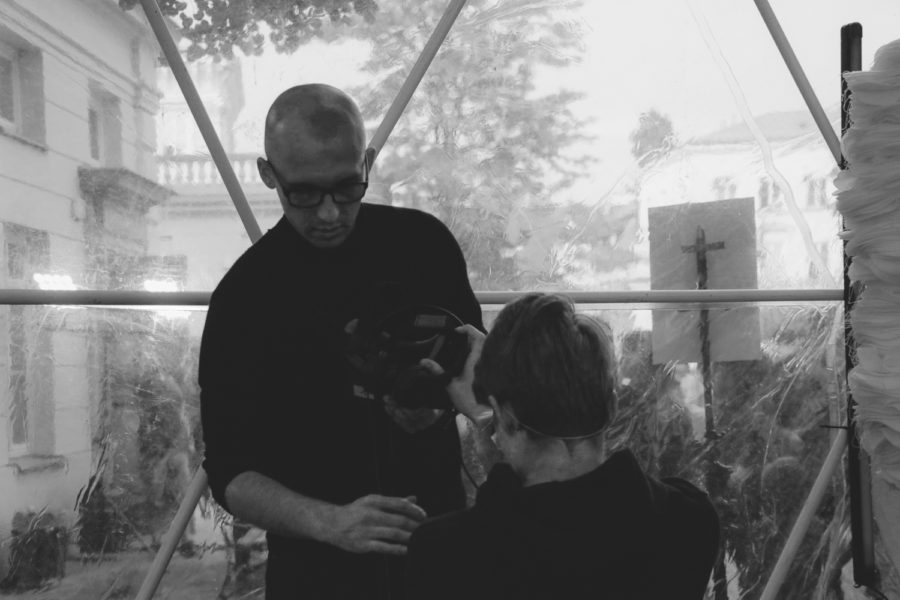 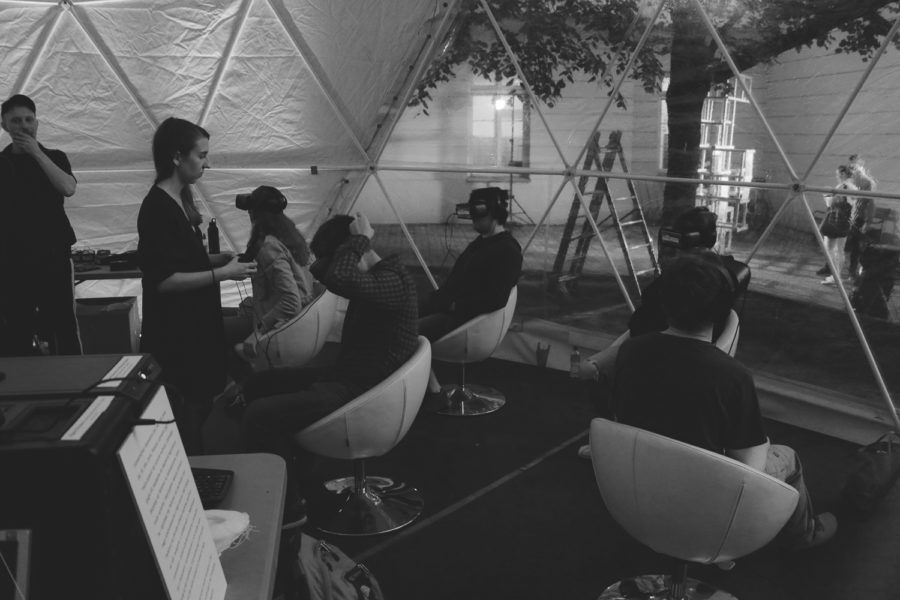 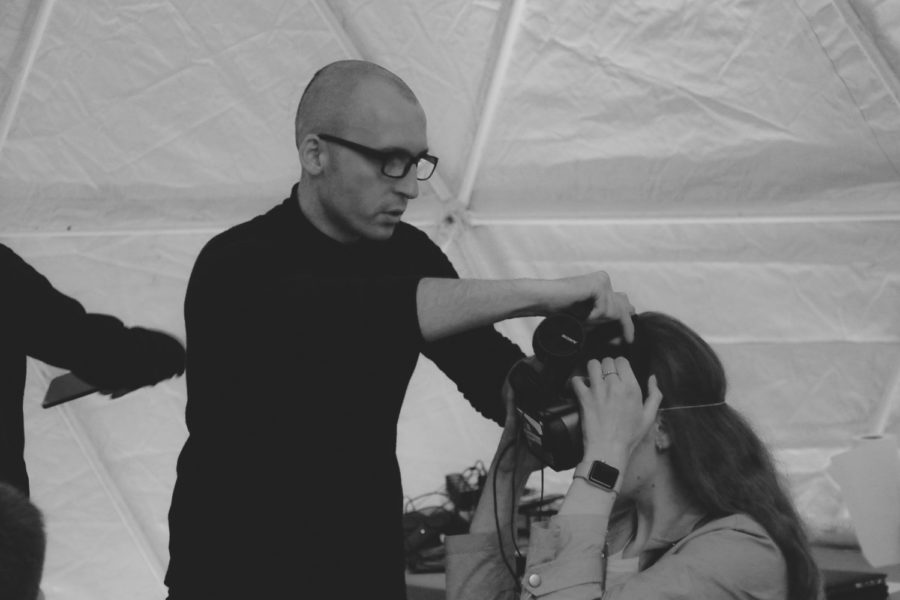 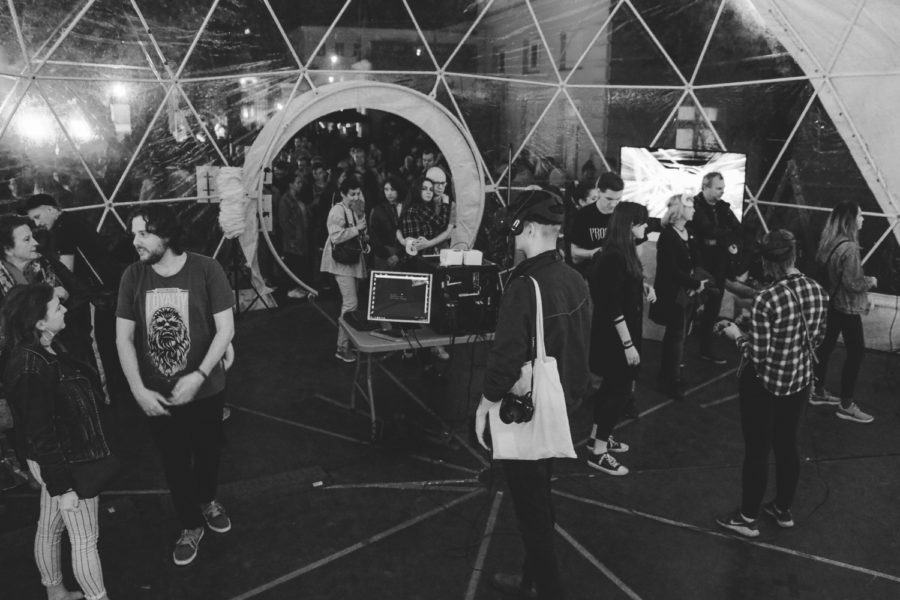 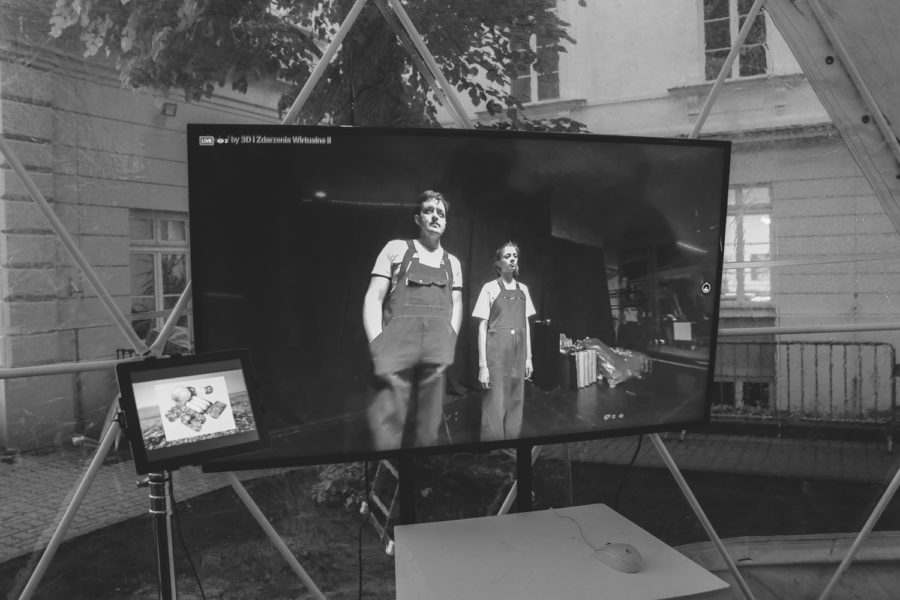 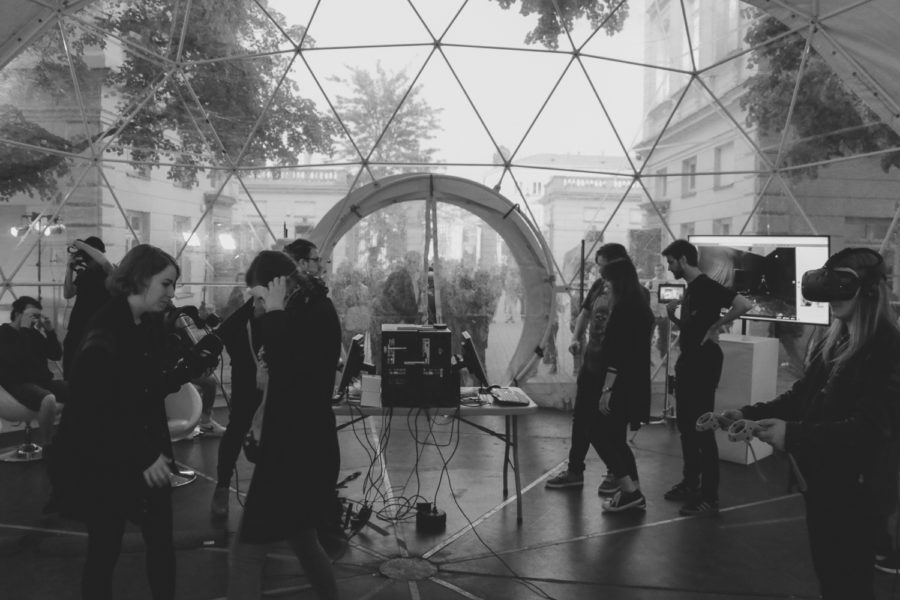 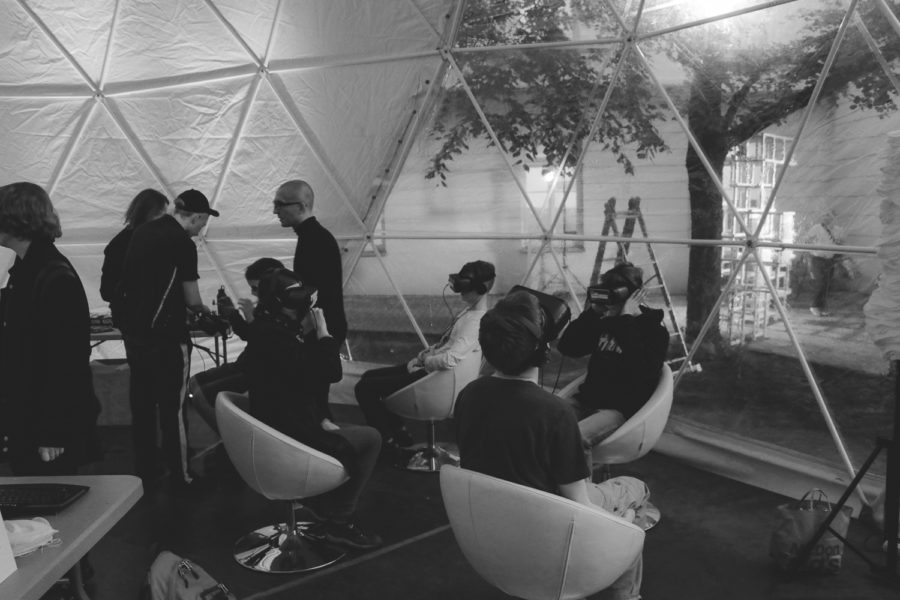 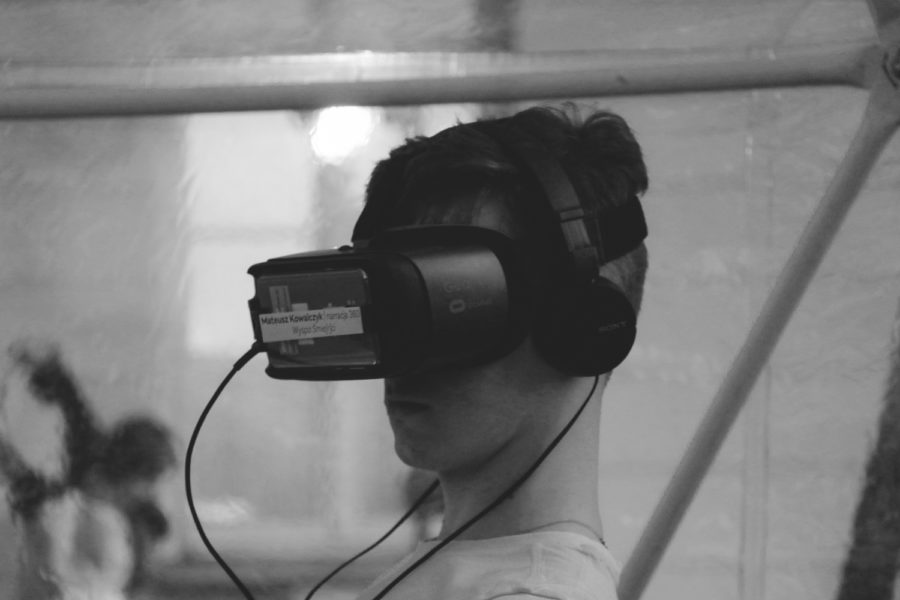 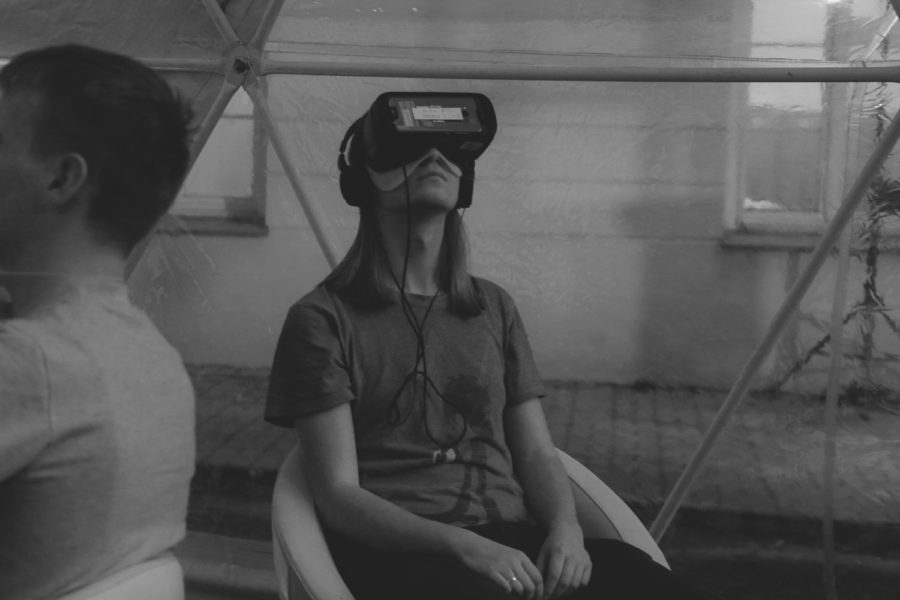 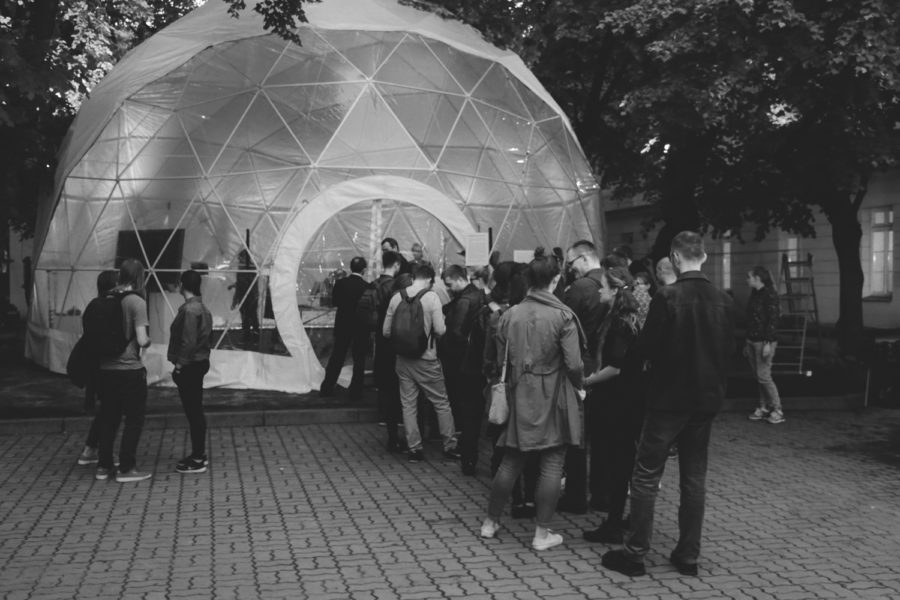 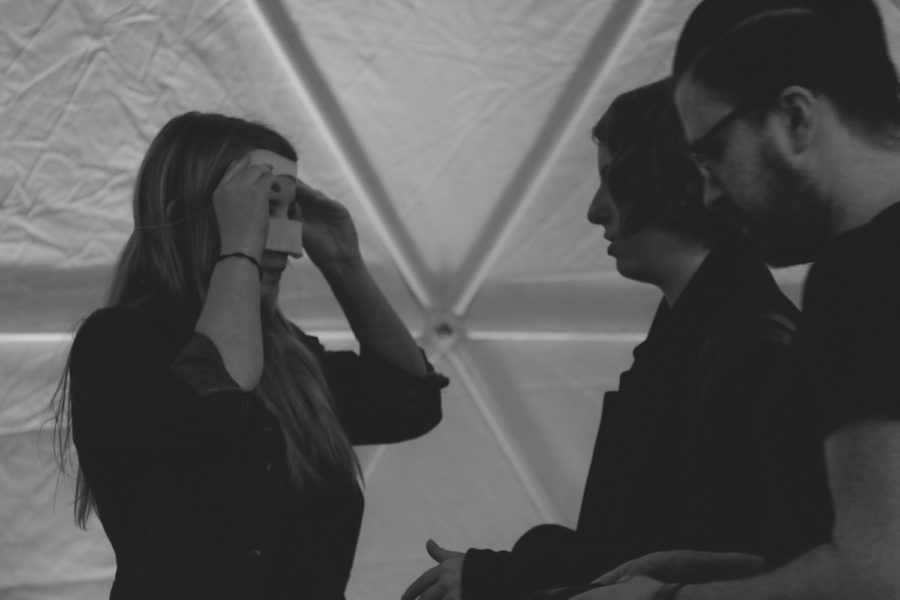 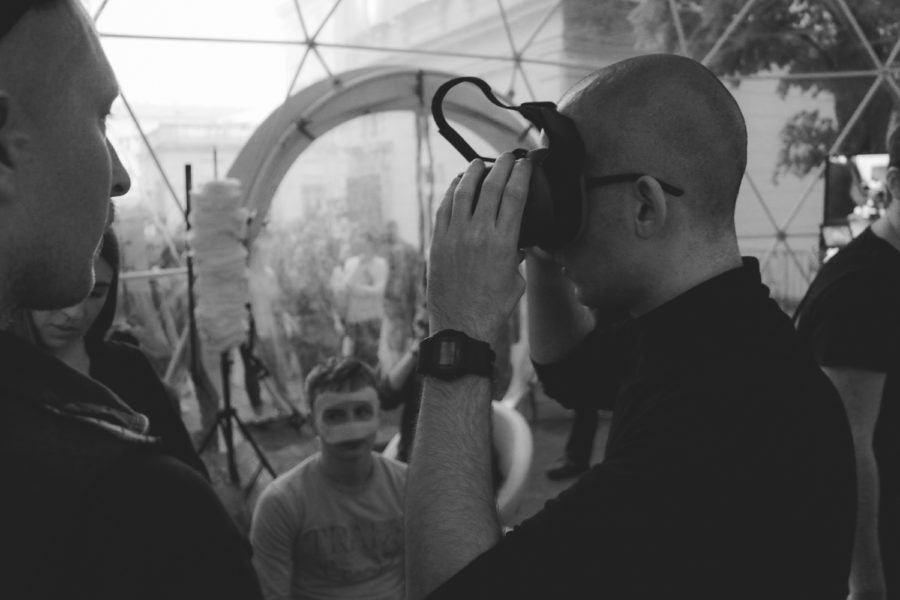 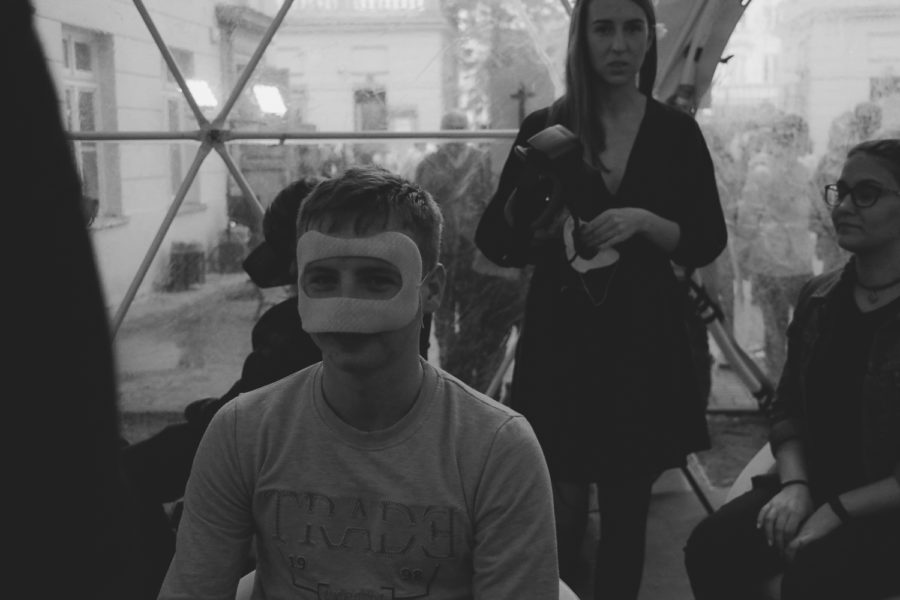 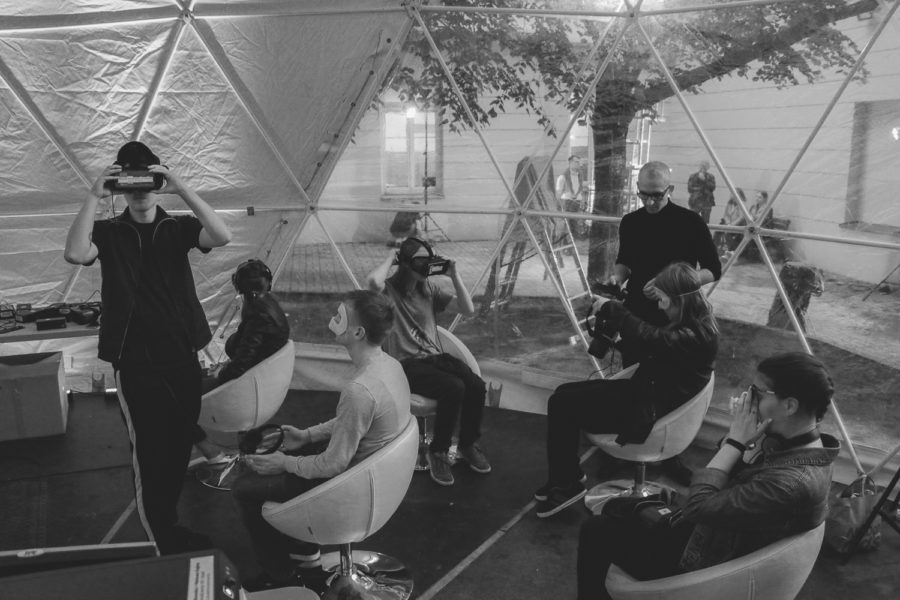 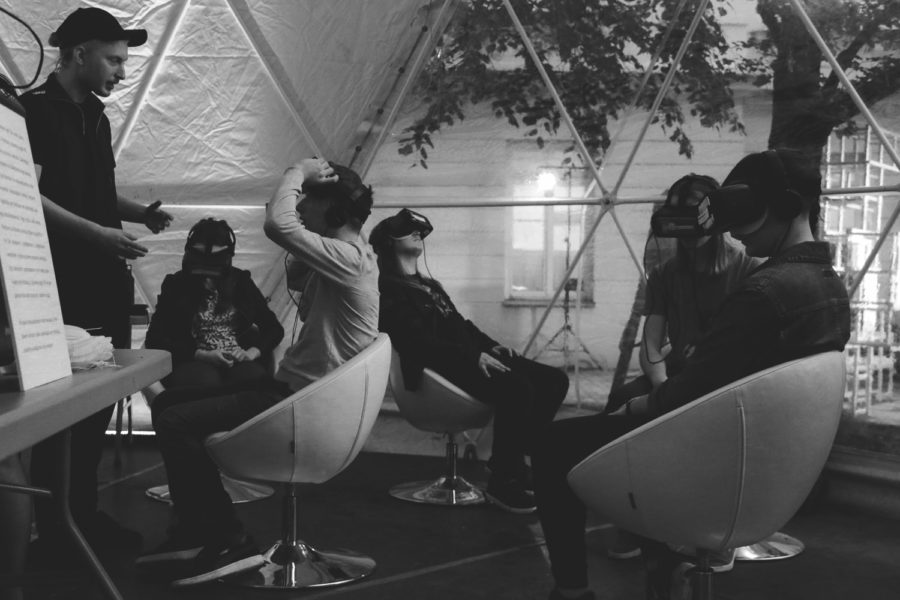 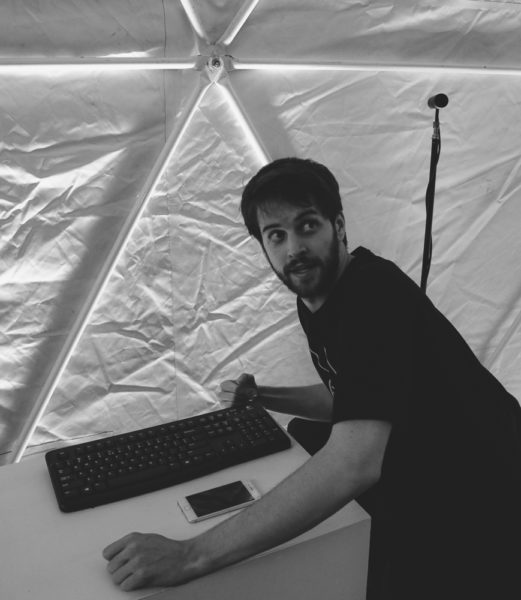